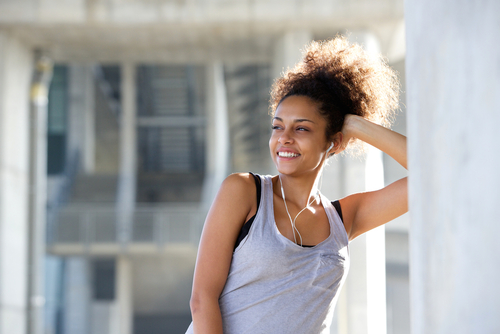 If you’re considering LASIK to gain freedom from a life with glasses or contacts, it’s important to know as much as possible about the procedure. This means asking your LASIK surgeon at Minnesota Eye Consultants if you could be a good candidate for bladeless LASIK!

LASIK is an acronym for laser-assisted in-situ keratomileusis. LASIK is a common procedure utilized to correct refractive errors such as nearsightedness, farsightedness, and astigmatism. However, there are strict requirements in place for LASIK candidacy, for both traditional and bladeless LASIK. Factors that are important include being generally healthy, if you play contact sports regularly, your particular refractive errors, and corneal thickness.

You may find that you qualify for one procedure and not the other, or your LASIK surgeon at Minnesota Eye Consultants may tell you that you qualify for both traditional and bladeless LASIK, leaving the decision up to you. There is a difference in cost between bladeless LASIK and traditional LASIK, which is an important factor to consider. Because bladeless LASIK is the premium procedure, there are more out of pocket costs associated with it. However, custom LASIK offers additional benefits to patients thanks to new technological advancements.

Due to the sophisticated, state of the art technology that’s used in bladeless LASIK, patients who opt for this premium LASIK eye surgery have a lower risk of developing postoperative complaints or complications, like halos and glare around bright lights and oncoming car headlights when driving. Even better? Advanced Wavescan Technology removes the potential for human error, customizes the procedure for your individual needs, and is more likely to result in 20/20 vision or better!

Bladeless LASIK is 100 percent customizable for every patient and gives patients a higher chance of achieving at least 20/20 vision. Bladeless LASIK also offers patients better chances of maintaining the visual quality achieved during the procedure. Thanks to Wavefront technology, you’re significantly less likely to experience postoperative halos and glare.

Wavefront technology also removes the possibility of human error due to increased accuracy when creating the corneal flap. This reduces the possibility of complications resulting from LASIK. Because bladeless LASIK creates a custom map of your cornea, you’ll experience highly individualized vision that you can’t achieve with traditional LASIK. When you undergo traditional LASIK, you can only improve your vision to the same prescription as your glasses or contacts.

5. Not Everyone Is A Good Bladeless LASIK Candidate

Just like traditional LASIK, bladeless LASIK also has a strict set of requirements that patients must meet to be considered good candidates for the procedure. For those with severe astigmatism, severe myopia (nearsightedness), and small pupils, bladeless LASIK may not be the right procedure.

Like most surgical procedures, prices will vary by state, region, and the type of facility you select for your refractive eye surgery. However, bladeless LASIK costs significantly more than traditional LASIK. Both LASIK options can seem expensive, but it’s worth it to have uninhibited vision!

If you think that bladeless LASIK is something that you would like to explore further, schedule your free LASIK consultation with Minnesota Eye Consultants!