We Are Re-Opening: What To Expect Learn More

There’s No Better Time For LASIK Than Now! 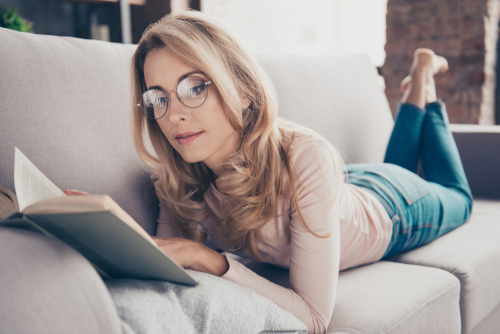 Like any surgical procedure, LASIK may not be right for you. The only way to know if you are a LASIK candidate is to have a LASIK consultation. Keep reading to learn why there’s no better time to say yes to LASIK!

That’s right! Whether you have myopia (nearsightedness), hyperopia (farsightedness), or astigmatism, LASIK has you covered. During your consultation, your LASIK surgeon will thoroughly examine your eyes.

This allows them to understand the severity of your refractive errors. Part of the factors that go into LASIK candidacy is the strength of your prescription.

A good LASIK candidate needs a strong prescription but not too strong. If your prescription is too poor, you may qualify for a different procedure like PRK.

There are various factors that go into LASIK candidacy. Having a strong enough and stable prescription for at least a year is an important factor for LASIK.

2. LASIK Is A Proven Procedure

LASIK became FDA approved in the 1990s. Since then, it has become one of the most popular elective procedures. In the United States alone, a million LASIK procedures are performed every year!

Even more remarkable is the fact that LASIK has a 96% success rate with patients who have undergone it. This is an unprecedented success rate when compared to other procedures!

As LASIK has become popular, the procedure has evolved thanks to state-of-the-art technology.

This is one of the coolest LASIK facts there is to share! Custom LASIK involves the same space technology used for the Hubble Space Telescope.

This technology is what lead to advances like tracking eye movement during LASIK. This is also why people with severe refractive errors can now qualify for LASIK.

If you think you’re not a LASIK candidate, think again! Because of LASIK’s state-of-the-art technology advances, more people than ever before qualify.

The cost of LASIK may seem like a lot, especially up front. But how much are you paying for glasses and contacts right now?

Glasses may not need replacing every year, but every few years, you could be spending almost $1000 on them.

If you wear contacts, things get expensive! Wearing contacts requires you to replace them on a regular basis. Contact solution, contact lens holders…the list goes on and on.

If you wear contacts on a daily basis, you may need to wear new ones each month. How many times have you worn your contacts and then forgot to order the next months?

It’s these little expenses that sneak up on you that make wearing contacts annoying on a good day. With LASIK, you can actually say that the procedure pays for itself.

After a few years, think of what you could be doing with an extra $500-$1000 in your pocket, every year. All this and more is possible thanks to LASIK!

Want to find out if you could be a candidate for LASIK? Schedule a LASIK consultation with Minnesota Eye Consultants in Blaine, MN today!

There’s No Better Time For LASIK Than Now!